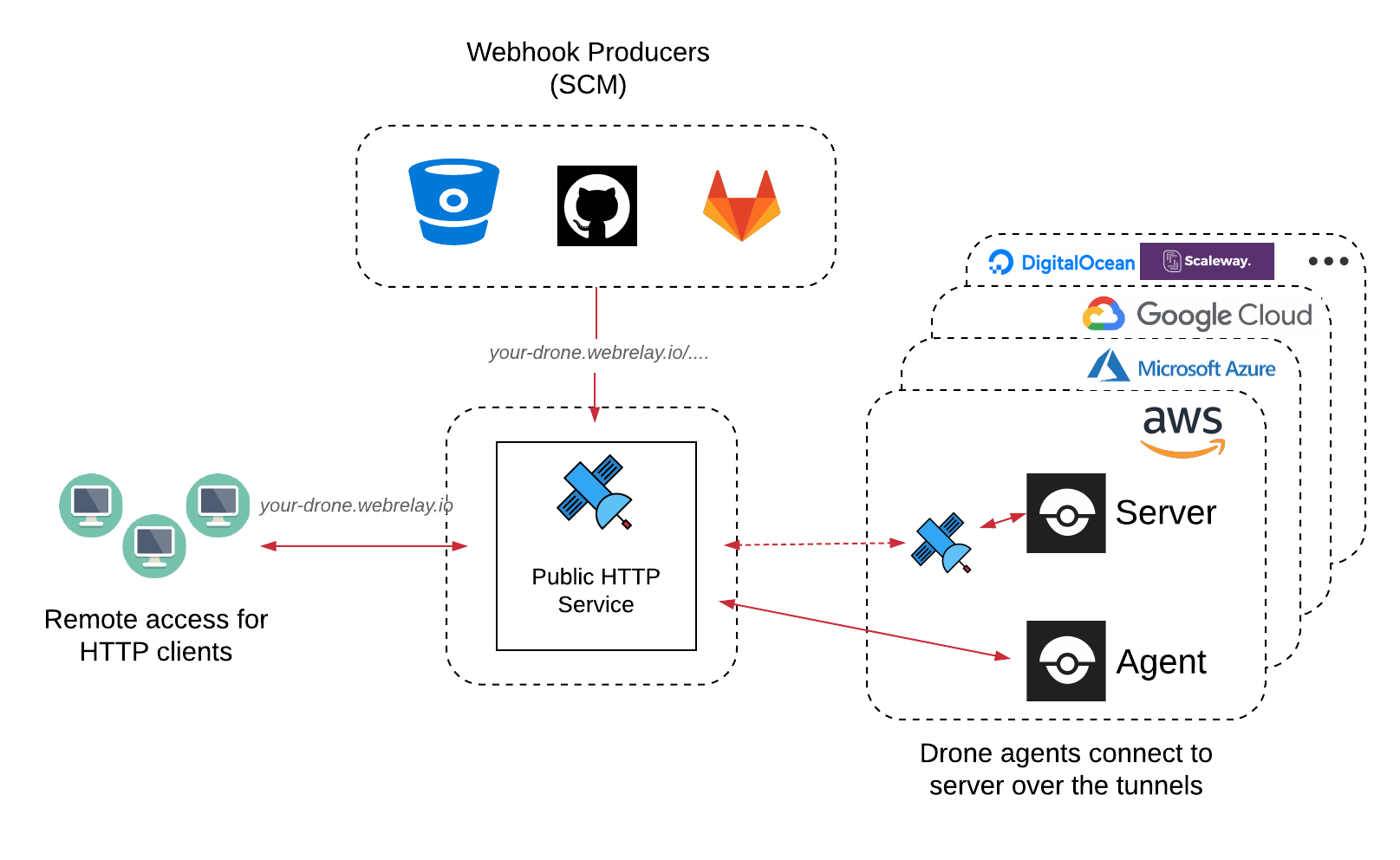 Continuous Integration and Continuous Delivery have been very trendy topics in the DevOps world for the last several years. As more and more organizations strive to improve their test and release processes, we have observed many new tools appear in this ecosystem. All major cloud providers are offering their automation systems (some are very unsuccessful) so it’s getting quite hard to pick the right one that fits your use-case.

There are quite a lot of services (Travis, CircleCI, Google Cloud Builder) and self-hosted solutions to build, test and deploy your code, but actually, a few are free, open-source and self-hosted.

The most well-know CI/CD tools are Jenkins and GitLab CI (I have recently asked this on dev.to post). However, Jenkins has a huge memory footprint since it runs on Tomcat (Java) and the workflows are defined inside Jenkins itself, not in the repository that will be used to run those tests/build jobs.

As for GitLab CI, it’s very good but requires you to run your own GitLab (which is huge) or to be on gitlab.com (although now you can mirror your Github repos to Gitlab to start builds automatically, however, it adds complexity). You can run your own runner independently though, they seem to be quite reliable. One of the organizations that I am helping with backend development is using Gitlab CI to great success, but as I mentioned before, business pricing and server running costs could be significant.

Disclaimer: I have tried using Drone several years ago and I wasn’t happy with it. Not sure whether it was the actual product fault or just documentation but I couldn’t achieve what I wanted. This time seems very different. The product is stable, documentation is good and some very good examples are lying inside their own .drone.yml file: https://github.com/drone/drone/blob/master/.drone.yml. Builds are fast and reliable.

I have looked into many alternatives and decided that at least for me, the best CI/CD solution right now is Drone. It’s an open source, very lightweight application written in Go that is available as a SaaS or as a self-hosted server. Drone consists of 2 components:

Both server and agent are extremely lightweight services and only uses around ~10-15MB RAM. It basically means that you will not even feel that it’s running on your laptop, desktop or even a Raspberry Pi.

I am running Drone server on a Raspberry PI while the agent is running locally on my desktop which has lots of RAM and 16 CPU cores. This means that builds are a lot faster than any free public services could offer. What is more, since agents are connecting to the server over the Webhook Relay tunnels, I can deploy them on Kubernetes, spare laptops or other machines running anywhere: 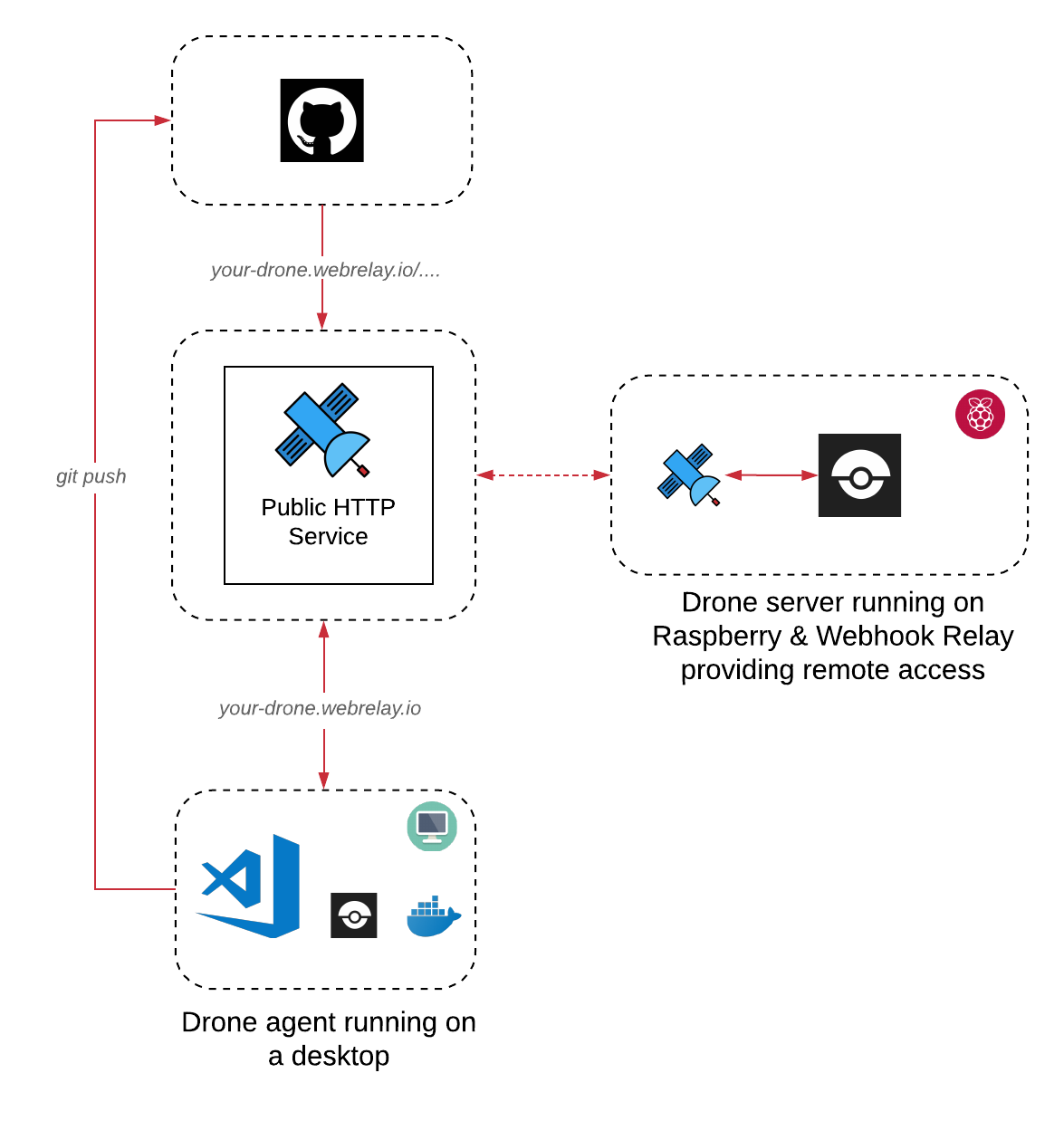 Benefits of such configuration:

Future plans include transitioning from Raspberry Pi for Drone server to an Intel NUC (or some other low power alternative) and running some additional Drone agents on the same server.

Initial configuration is very straightforward. First, we create a tunnel on Webhook Relay to get our public subdomain. Then, we use that subdomain to create a Github OAuth app.

Once the server and tunneling daemon are running, you can connect/disconnect Drone agents without any hassle.

Setting up the tunnel for Github and remote access

I like dogfooding, therefore we are using our own tunnels throughout our stack (CI/CD, monitoring dashboards, various other automations). In this case, Webhook Relay tunnels provide the two most important things:

Go to your tunnels page and create a new tunnel. If you are on a free tier, you will get a generated subdomain, it’s fine. 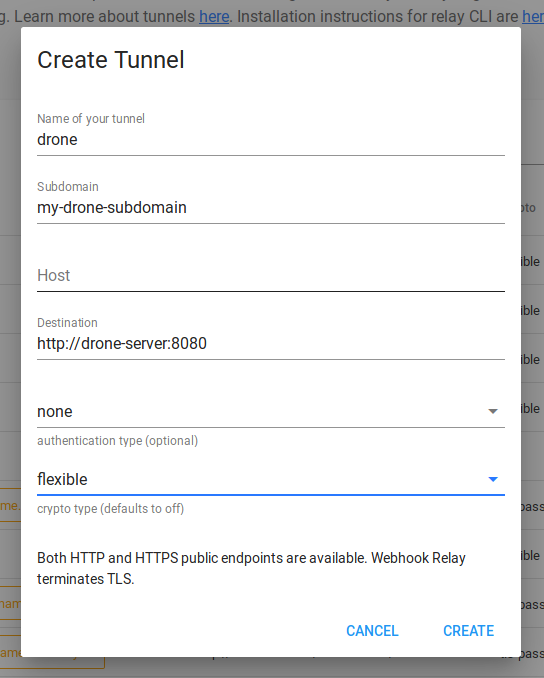 In this guide, we will be setting up Drone with Github. You can follow official docs. In short:

Create a GitHub OAuth application. The Consumer Key and Consumer Secret are used to authorize access to Github resources. The Authorization callback URL must match the below format and path, and must use your exact server scheme and host. So if your Webhook Relay tunnel address is my-drone-subdomain.webrelay.io then the Authorization callback URL will be https://my-drone-subdomain.webrelay.io/login.

I have initially started using Drone with both server and agent running on my desktop since it was only for my personal use, it was fine. However, later I detached server and moved it into a Raspberry Pi.

If you need another agent on a different machine, agent-only configuration:

Once you have the config:

It will ask you to authenticate with your Github credentials.

One of the best things about Drone is their pipeline configuration. It seems like after the Drone showed the way, industry followed and now most of the CI/CD services implement the pipelines through the Docker containers. It means that your builds and tests are decoupled from physical hosts and the cleanup happens by design. An example pipeline, that

By always using containers to run your pipelines, you will make your builds and tests truly portable. Whenever you push to Github, a webhook will hit Drone and it will start a build: 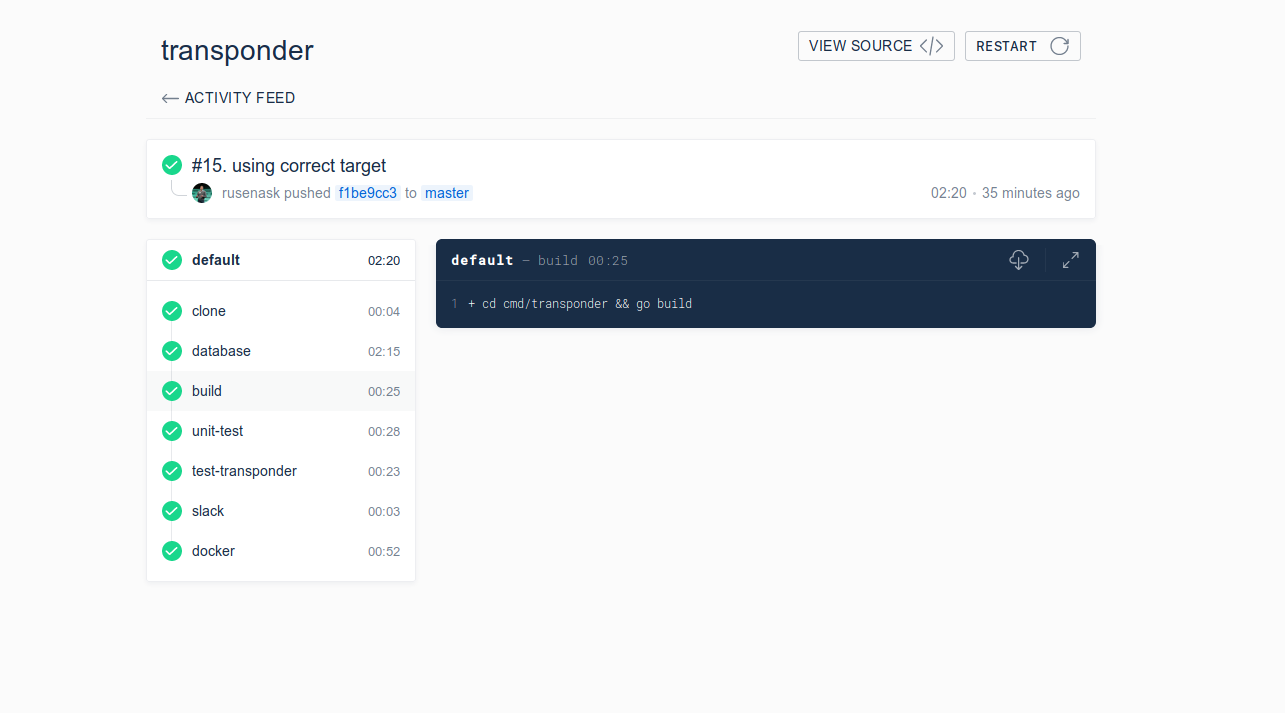 You can also run pipelines directly with the Drone CLI:

A template for Drone secrets:

You can either add secrets through the web UI or use drone directly from your terminal:

I have used extensively Jenkins, Gitlab runners, CircleCI and Google Cloud Builder. I guess I still like a lot Cloud Builder for GKE related things as it builds images fast and authenticates to GCR registry without any additional work. However, you do get stuck with their pipeline configuration files and can’t really move to any other vendor. As for Jenkins, it’s just hard to imagine running it efficiently and smaller servers. Drone, at least for me, is an ideal example of a modern service that focuses on efficiency and doing one thing right.