In this tutorial we will deploy Transponder (a lightweight self-hosted Webhook Relay version) on Packet Cloud provider with automatically configured HTTPS using Let’s Encrypt and Cloudflare.

When choosing an instance, even the smallest t1.small.x86 should be enough for most use-cases. In this tutorial we will use Ubuntu 19.04, however there’s no requirement on the OS itself, as long as it supports Docker: 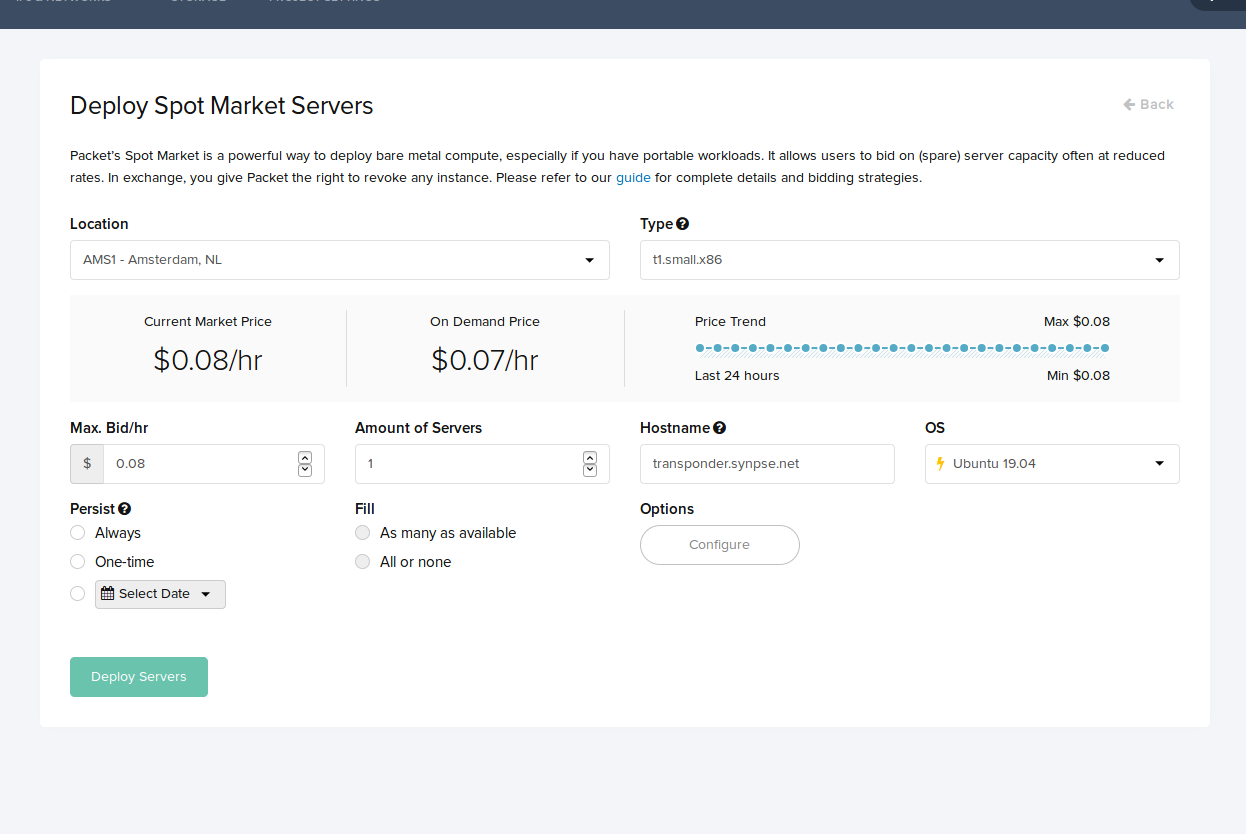 There are several ways to install Docker, some of them are described here: https://docs.docker.com/install/linux/docker-ce/ubuntu/.

In this case we will use a convenience script from Docker:

At this point it would be a good idea to create an elastic IP so later there’s less configuration on the DNS side. For the sake of simplicity, we will just use existing public IP that we have got for this machine.

Add a wildcard A record pointing at the public IP of the server. 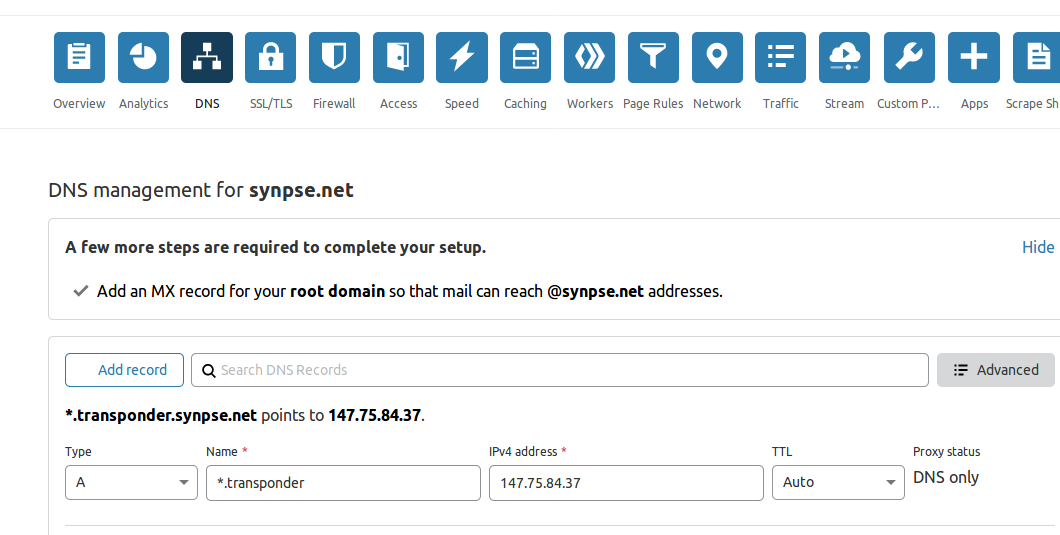 Once it’s created, you can also get your Cloudflare API key so

If you are not going to use HTTP/HTTPS tunnels and are only going to use webhook forwarding functionality, you can create a non wildcard record.

Let’s get an example configuration from our Transponder examples repository:

Now, get an .env example file:

To login, pick any subdomain under the wildcard and HTTPS_API_PORT as port, in our case since we set HTTPS_API_PORT=9302, the URL to connect to the admin dashboard will be: https://my.transponder.synpse.net:9302/login:

You will need to specify several details for the relay client so it can connect to this custom webhook server. Create a new file called transponder.sh and specify these variables:

Source them (or just copy & paste it to your terminal):

Now, to create a new tunnel:

You will also be able to see the tunnel in the UI: